In 1969 Brent Elder left the Wairarapa for Canterbury to further his rugby and farming careers and ended up joining the Linwood RFC…but not before attending a Sunday morning pre-season training run at New Brighton beach with the Christchurch Club. Somehow Brent left behind his ‘rugby towel’; a towel that he’d been given to mark his first International match, against the Springboks for Wairarapa-Bush in 1965.Roger Mahan, a barn-storming loose forward for Christchurch at the time, picked up Brent’s towel and took it home. On the 14 June that season, Christchurch beat Linwood 18-3 at Rugby Park and Roger gave Brent his towel back, to wipe away the tears. With a marker pen Roger had written on the towel and named it 'The Crying Towel'. 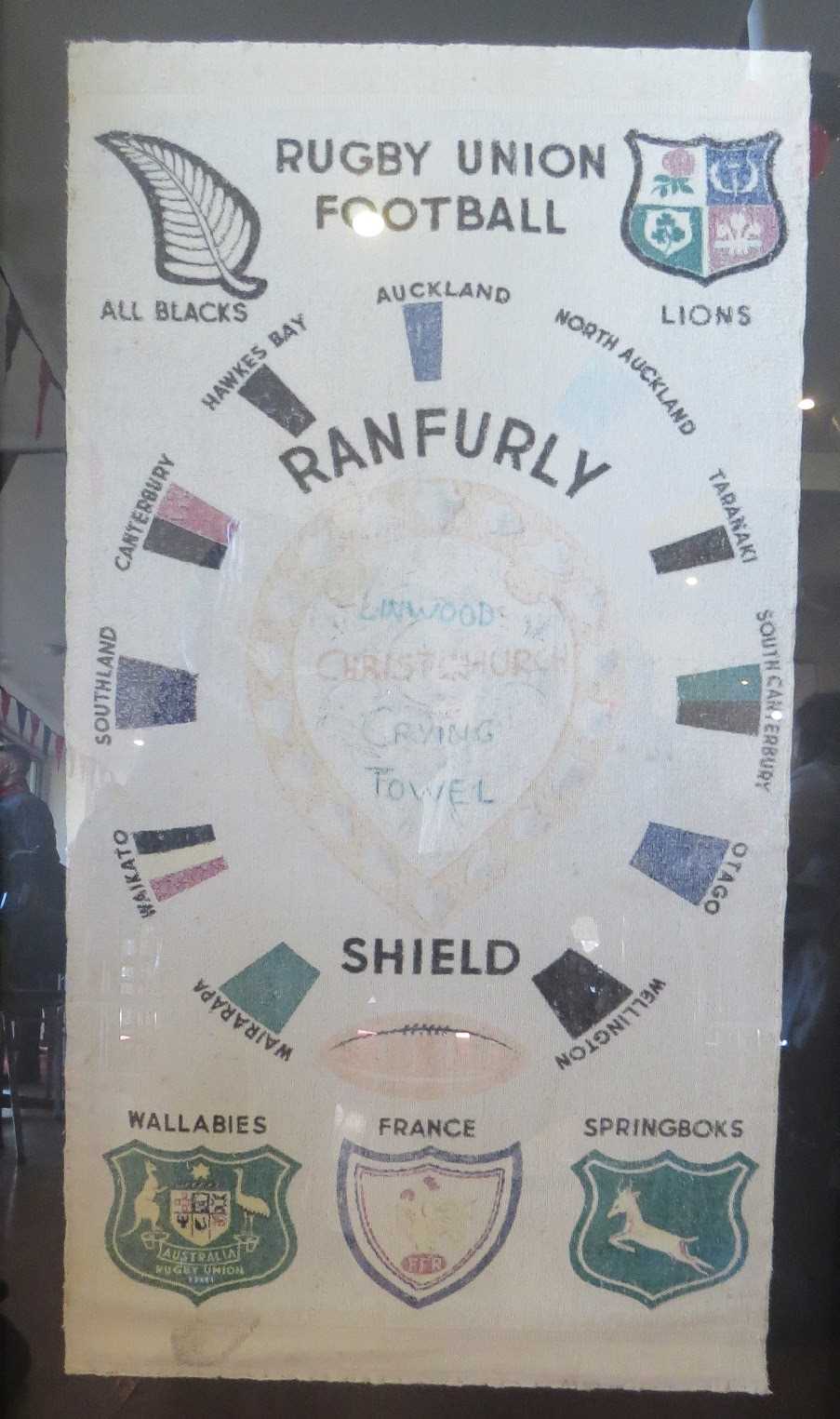 Every season ever since, the Towel has gone to the losing team of this first round fixture.At last Saturday’s Axemen’s Club luncheon before the game it was great to see five of the Linwood XV from 1969 in our clubrooms. They were Brent Elder himself, down from Masterton, their captain and hooker Tane Norton, loose forward Ian Mallard and prop Des Bartlett. While Fergie McCormack was there last Saturday…he was not 49 years ago. On the 14 June that year, Fergie was setting a world record in scoring 24 points for NZ against Wales on Eden Park!Sadly no one from the Christchurch XV that day was able to attend last Saturday. Players from that team we know of are 15. Jim Stenhouse (Auckland), 13. Murray Loveridge (Kawerau), 12. Rick Knight (Napier), 11. Murray McEwan (Chch), 10. Derek Arnold (c) Darfield, 8. Paul Dalzell (Nelson), 7. Calvin Cochrane (Nelson), 6. Roger Mahan (Madrid; he was in the clubrooms four weeks ago), 5. Wayne Rissman (Chch), 4. Murray Deaker (Auckland), 2. Bruce Francis (Ashburton) and 16. Theo Bunker (Chch). Four Christchurch players, John Gordon, Frank Townsend, Hugh Cottrell and Bob Hearn have since passed away.The ‘Original' Linwood and Christchurch teams in the CRFU programme from 1969: 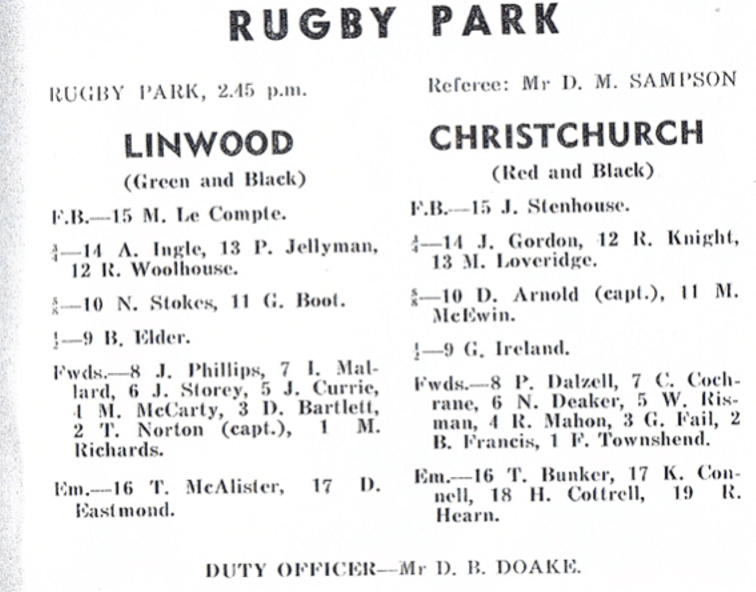 Next year to mark the 50th game, a dinner on the Friday night before the match is planned…for anyone who has played in this game. I’m sure it will be a function worthy of a fixture that has become part of Canterbury rugby folklore.